With its decision in New York State Rifle & Pistol v. Bruen on June 23, 2022, the Supreme Court has announced that the Second Amendment is not a second-class right.

The core argument of the decision is that gun rights are to be treated the same as other hallowed rights like the freedom of speech or freedom of religion recognized in the First Amendment.

For most of the history of the court, Second Amendment rights have been seen as distinct, more dangerous and thus more open to regulation. Now, the majority of justices has invoked a major change, with implications for many rights and regulations in American society.

To get a license to carry a concealed firearm in New York state, a citizen had to show a “proper cause.”

In practice, this meant that a local licensing official had to agree that the person had a “special need,” such as facing a current threat or recurring danger.

California, Hawaii, Maryland, Massachusetts and New Jersey also employ similar standards, known as “may issue” laws. Many other states instead have a “shall issue” regime where local officials must issue a license to carry a concealed firearm as long as the person does not have a disqualifying characteristic, including a felony conviction, mental illness or a restraining order against them.

In the case just decided by the Supreme Court, two applicants living in upstate New York, Robert Nash and Brandon Koch, were denied unrestricted concealed carry licenses because they had no special need other than personal protection. They insist that law denies their constitutional rights. 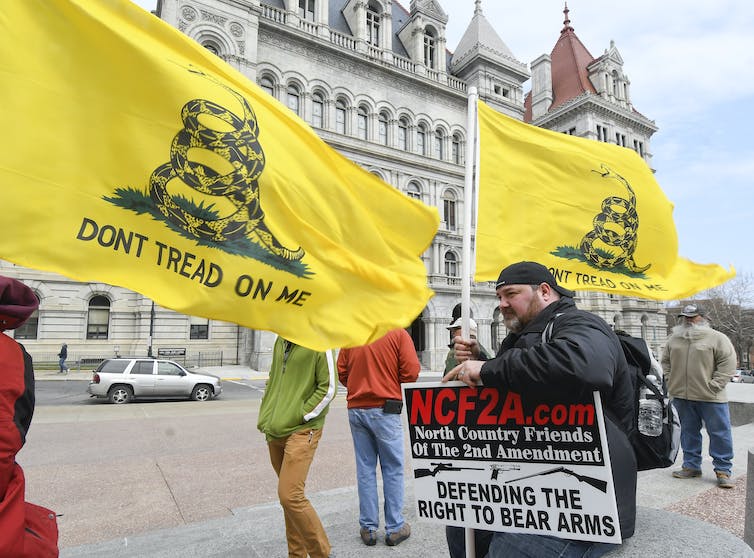 The history of Second Amendment rulings

For most of American history, the court ignored the Second Amendment. The first major ruling on its meaning did not come until the 1930s, and the court did not address whether the amendment recognized a fundamental individual right until 2008 in the landmark D.C. v. Heller.

That ruling, written by the famously conservative Justice Antonin Scalia, recognized a right to keep a firearm in the home. How far the right extended into public spaces was not clear.

Scalia wrote that “like most rights, the right secured by the Second Amendment is not unlimited.” That meant “longstanding prohibitions on the possession of firearms by felons and the mentally ill” or “prohibitions on carrying concealed weapons” were “presumptively lawful.”

The new ruling establishes that the gun right recognized by the Second Amendment is a fundamental right like any other and must be accorded the highest level of protection. Its inherently dangerous nature does not mean that the right is interpreted or limited differently.

Justice Clarence Thomas – perhaps the most conservative justice on the court – wrote the majority opinion. In Thomas’ view, we do not need to ask prior permission of a government official to exercise a constitutional right: “We know of no other constitutional right that an individual may exercise only after demonstrating to government officials some special need.” Thomas concludes that the Bill of Rights – including the Second Amendment – “demands our unqualified deference.”

This means that a local government may regulate but not eradicate the core right, including the ability to carry a concealed firearm. Any allowable regulation demands a compelling state interest, with convincing evidence of the need and effectiveness of the regulation.

The constitutional case for stronger regulation

The dissenters were led by Justice Stephen Breyer, who opened his dissent with the number of Americans killed with firearms in 2020 – 45,222. His longstanding view is that the Second Amendment deals with a more dangerous right, and thus it is more open to being regulated.

In Breyer’s view, the majority’s ruling “refuses to consider the government interests that justify a challenged gun regulation.” Breyer concludes that “The primary difference between the Court’s view and mine is that I believe the Amendment allows States to take account of the serious problems posed by gun violence … I fear that the Court’s interpretation ignores these significant dangers and leaves States without the ability to address them.” 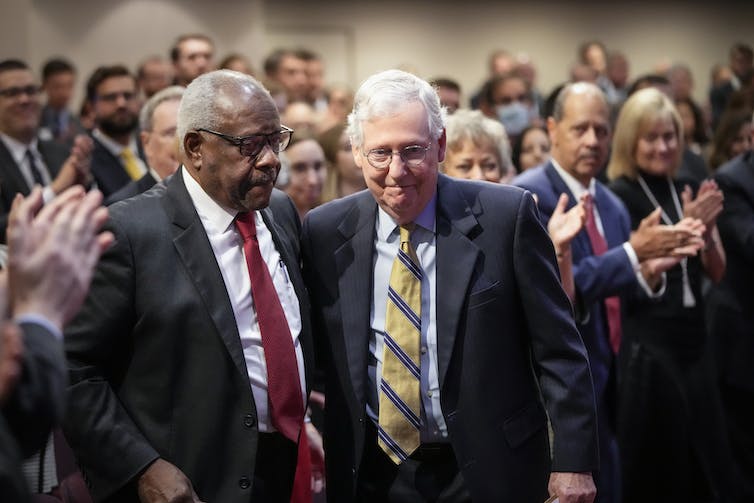 New reading of the Constitution

The majority’s view of the Second Amendment is part of a dramatic shift in the court’s understanding of the Constitution. That shift reflects the recent arrival of a conservative justice, Amy Coney Barrett, increasing the previous majority of five to a supermajority of six justices.

The new supermajority, all nominated by Republican presidents, insists that the Constitution is not a living document that evolves as the beliefs and values of society shift. That was the longtime perspective more influential on the court since the rights revolution of the 1960s and 1970s, but now held by only a minority of justices.

The conservative majority believes the Constitution should be read in the original fashion of how the text itself would have been understood by those who wrote and ratified it. This is often called “originalism.”

The ramifications of this shift are just becoming clear. Beyond this gun ruling, the effects will continue to be seen in decisions on abortion, religion, criminal justice, environmental regulation and many other issues.

As a close observer of the Supreme Court, I believe the briefest way to describe the change in the court’s understanding of rights is that the explicit protections in the Bill of Rights – such as free exercise of religion, freedom of speech, freedom of the press – will be given greater weight and deference, while the additional protections outside of the Bill of Rights, which have been recognized by the court over time – abortion, privacy, same-sex marriage – will not be accorded the same protection and respect.

The originalist reading means that the enumerated rights of the Amendments, including the Second Amendment, are not up for majority rule. They are core, established rights.

But other public debates on issues outside of the scope of the Bill of Rights – including abortion – are matters left to the decisions of state legislatures. This is a dramatic shift in the meaning and application of the U.S. Constitution.

The state of gun regulation

The ruling by the new majority does not insist that states adopt the most unrestricted standards for concealed-carry that states like Maine or Texas have. Only the states with the most restrictive gun laws, including California and New York, will be forced to change policies.

Justice Brett Kavanaugh wrote a separate opinion to highlight that “the Court’s decision does not prohibit States from imposing licensing requirements for carrying a handgun for self-defense.” He emphasized that, “properly interpreted, the Second Amendment allows a ‘variety’ of gun regulations.”

The majority opinion specifically states that concealed carry of firearms in sensitive places can be regulated: “We can assume it settled” that prohibitions on concealed carry in sensitive locations, including historically allowed ones such as “legislative assemblies, polling places, and courthouses,” as well as other “new and analogous sensitive places are constitutionally permissible.” This likely includes government buildings, stadiums, churches and schools.

This landmark ruling on the meaning and application of the Second Amendment changes the law in several states that would prefer to impose greater restrictions on the concealed carry of firearms.

More broadly, it announces a major shift in how the court will understand the nature of rights under the Constitution.

The liberal justices in the waning minority believe that the new approach is changing American constitutional law “without considering the potentially deadly consequences.” The new majority sees the Constitution and Bill of Rights in a more uncompromising light that will alter American law in the coming years.

Americans have blamed many culprits, from mental illness to inadequate security, for the tragic mass shootings that are occurring with increasing frequency in schools, offices and theaters across the U.S. The latest, which occurred on May 24, 2022, at a Texas elementary school and left at least 19 children and two teachers dead, was the…

With a 6-3 majority, conservative justices on the Supreme Court may appear poised to hand down decisions that the Republican presidents who appointed them would applaud. As a political scientist who has published several books on law and politics, I know it’s true that the political affiliation of the president who appointed a justice is…

The actual day was June 19, 1865, and it was the Black dockworkers in Galveston, Texas, who first heard the word that freedom for the enslaved had come. There were speeches, sermons and shared meals, mostly held at Black churches, the safest places to have such celebrations. The perils of unjust laws and racist social…

School shootings in the U.S. are national tragedies, and the toll they take in lives cut short and traumatized distinguishes the U.S. from other high-income countries. But there is another way that guns are killing American children, and in far greater numbers: suicide. Between 2011 and 2020, the most recent decade for which data is…