Tranby is an Indigenous adult education school in the inner-city Sydney suburb of Glebe. Founded in 1957, its graduates include Eddie Mabo, who went on to win the most significant land rights legal battle in Australian history – overturning the fiction of terra nullius.

What makes Tranby special is not just being Australia’s oldest not-for-profit independent Indigenous education provider. It is the type of education it provides – teaching the skills needed to manage organisations and communities democratically.

It teaches co-operation, and the skills to run co-operative organisations.

This makes it a rarity in business education. 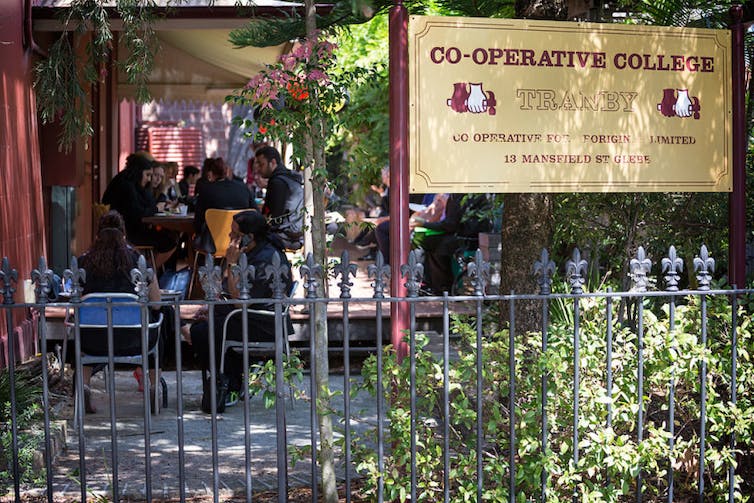 This neglect is costing us all.

Part of the social fabric

Australia has a rich history of communities forming co-operatives to provide services where for-profit businesses or the state have been unwilling or unable.

They run shops and schools, offer banking and mortgage services, and provide housing and health services.

Read more: More affordable housing with less homelessness is possible – if only Australia would learn from Nordic nations

The first co-operative in Australia is thought to be the Brisbane Co-operative Society, which set up a store in 1859.

Over the next century came many agricultural co-ops. In the 1950s and 1960s, co-workers and communities pooled funds to form building societies and credit unions when banks were unwilling to lend money. 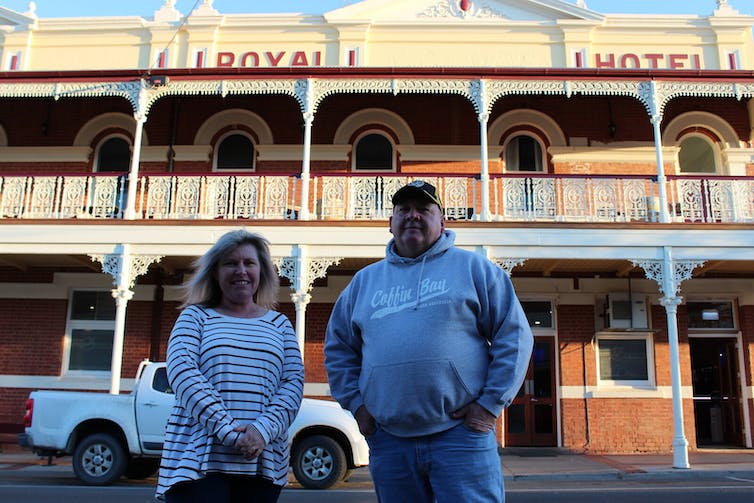 When the northern Victorian town of Sea Lake was left without a pub after one hotel shut and the other burnt down, locals formed a co-operative to reopen and run the Royal Hotel. Kerry Anderson, CC BY

Co-ops range in size from small neighbourhood operations, such the Gymea community preschool in Sydney to major enterprises such as Cooperative Bulk Handling in Western Australia, which reported a $133 million surplus in 2021.

All up there are more than 1,700 in Australia. It’s possible you’re a member of one – or a closely aligned “mutual” organisation (such as the NRMA or RACV). About eight in ten Australians are, yet fewer than two in ten realise it.

This general lack of recognition is reflected by the sector’s almost complete invisibility in educational courses.

In 2016 a Senate committee inquiry found neglect of co-operative and mutual businesses in high-school and university courses was a clear impediment for the sector.

It could easily be concluded this neglect has also actively damaged the sector – notably through the 1980s and 1990s with “demutualisation” of big member-owned organisations such as AMP and the St George Bank. 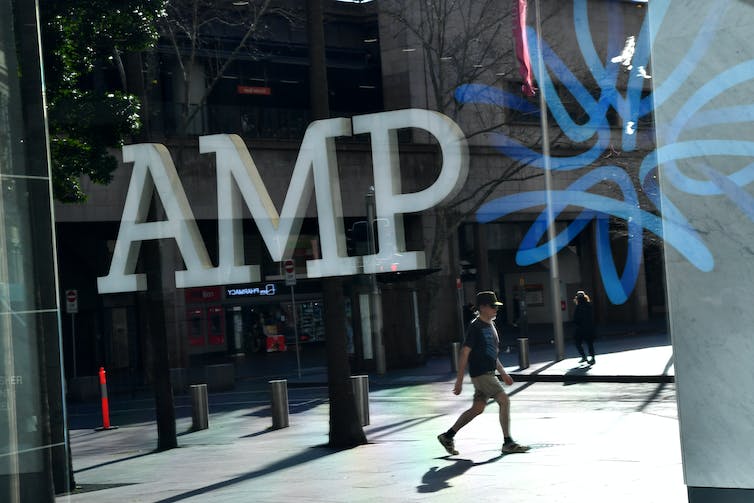 Since demutualising in 1998, AMP’s reputation has been ruined. Joel Carrett/AAP

This effectively involved privatising these organisations for the benefit of existing members, who got windfall profits at the expense of future members.

Demutualisation was pushed by managers and consultants educated in business, but not in the distinctive values of co-operative business.

They often regarded the co-operative and mutual structure as less competitive than an investor-shareholder model focused on maximising profits.

Subsequent developments have proven how flawed these assumptions were. AMP, for example, featured heavily among the wrongdoings exposed by the Hayne royal commission into financial services. No co-operative or mutual business did.

The Senate inquiry report recommended the federal government look to improve understanding of co-operatives and mutual through secondary school curriculum. It also recommended universities include topics on co-operatives in their business and law programs.

In 2017 the University of Newcastle established Australia’s first postgraduate program in co-operative management and organisation.

But it axed the program in 2020 due to pandemic-related cutbacks and insufficient student numbers.

Read more: Why it’s time for business schools to radically rethink the MBA

What’s needed are both specialist courses and recognition within general business or law courses. You’d be hard placed to find a business degree that gives co-operatives more than fleeting attention.

The focus instead is on individual entrepreneurship, investor-owned businesses and vague ideas of social business.

The 2016 Senate inquiry report noted co-operatives have an important economic role to play. They increase competition in highly concentrated markets (such as banking). They provide services in areas where investor-owned or state enterprises do not work.

It singled out Tranby College as an excellent example of what can be achieved – both for members and the broader community:

Evidence suggests the co-operative model is ideal in delivering services in remote areas, such as Indigenous communities, where issues can be complex and service provision through the private sector is often not suitable or available.

As former United Nations secretary-General Ban Ki-moon has said, co-operatives show “it is possible to pursue both economic viability and social responsibility”.

It is important students at all levels be aware of what makes co-operative businesses different and valuable.

Hopefully the Albanese government will not neglect them. They have a lot to offer communities and reinforce democratic values.

Labor’s promise of a “universities accord” suggests a slow and careful approach to higher education policy. A new education minister without a strong background in the portfolio may also want time to get across the issues. In general, taking this time to get policy right and build support for it is a good approach. But…

The election of a new Labor federal government probably drew sighs of relief across the higher education sector. University staff and students will be hoping for a more sympathetic approach than they received from the Coalition government. Tertiary education lobby groups have already put forward their wish lists and funding priorities. Yet the case for…